The IIITDM Jabalpur – Japan collaboration is an aspect of a wider partnership envisaged between Japan and India. The Institute is being developed and nurtured under India - Japan partnership as a unique Institute of its kind with focus on IT enabled design and manufacturing. Under a joint agreement between the two Governments, Japan, a leader in cutting edge manufacturing technologies is committed to provide support for development of the teaching and research programmes and also to promote the infrastructure of the Institute.

Mr Junichiro Koizumi, the Honourable Prime Minister of Japan, had visited India from April 28 – 30, 2005. During his meeting with Dr Manmohan Singh, the Honourable Prime Minister of India, an agreement “to make every effort to collaborate towards the development of the Indian Institute of Information Technology, Design & Manufacturing Jabalpur (IIITDM Jabalpur)” was signed between the two sides.

After the visit of the Japanese Prime Minister to India, a team lead by Mr Toshifumi Sakai, Resident Representative of Japan International Cooperation agency (JICA), and Mr Yamamoto, Counselor in the Embassy of Japan in India, had visited IIITDM Jabalpur in June 2005. A Japanese team comprising of Prof Manabu Kiuchi, Prof Yoshimo Ito, Dr. Toshi Ohashi and Dr. Koichi Kuroda had also visited the Institute in the month of March – April, 2006. The possible model of cooperation was discussed during these meetings. It was also decided that IIITDM Jabalpur would work out its tentative curriculum which would then be discussed with the Japanese side. This joint discussion would lead to possible mechanisms of providing the Japanese expertise and help in bringing up the new Institute. 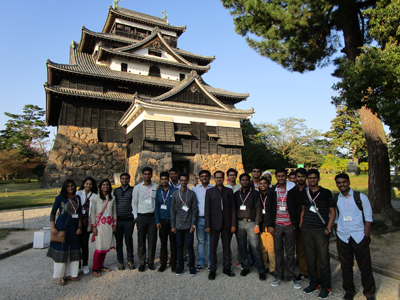 As a precursor to the forthcoming visit of Dr Manmohan Singh, the Honourable Prime Minister, to Japan in December 2006, a team led by Shri Sudeep Banerjee, the Chairman, BOG of the Institute and comprising of (i) Prof Sanjeev Bhargava, Director of the Institute, (ii) Prof Somenath Biswas, Professor of Computer Science & Engineering and Dean of Faculty Affairs at IIT Kanpur and (iii) Dr Puneet Tandon, Associate Professor at IIITDM Jabalpur visited Tokyo in November 2006. The curriculum draft prepared by IIITDM Jabalpur was jointly discussed and important amendments were proposed by keeping in view the mandate of the newly established Institute. It was also decided that the following team from Japan would work out the cooperation modalities and methodologies for assisting the new Institute: 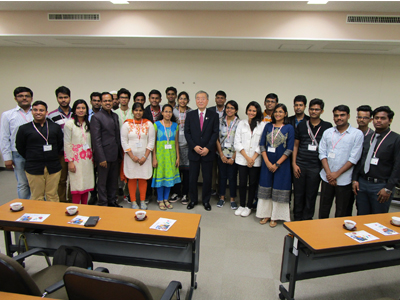 Their guidance and tremendous support for the development of a unique curriculum in line with the academic philosophy of the Institute and their cooperation in the teaching programme of the Institute is the main strength of this collaboration.
For effective implementation of this collaboration, Government of Japan has formed a consortium of six universities and six industries which include

Among Universities:
Among Industries: 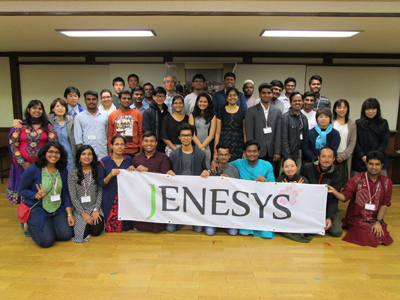 Government of Japan is now promoting companies to help us create state of the art laboratories by gifting some of the most sophisticated equipment and manufacturing machines to the Institute. The development that took place in the year 008-09 is as follows.
The following important areas in the curriculum of IIITDM Jabalpur were identified which required assistance from the Japanese side. 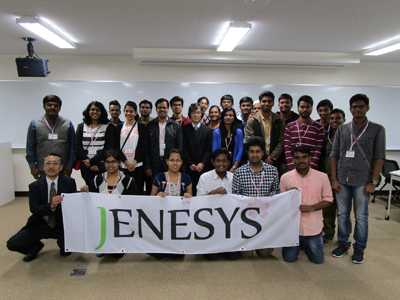 The team also briefly visited the Sophia University, Shibaura Institute of Technology and a few industries in Tokyo. The Memorandum of Cooperation was signed during the visit of the Indian Prime Minister to Japan in December 2006.